Given the route into Ramsbottom – via the A676 with its reservoirs and moors – you know you are exiting Bolton and entering another land. Said to have become a homogenous settlement in the late 18th century, Ramsbottom or the ‘Valley of the Ram’ got a firm Industrial Revolution leg-up from Sir Robert Peel and the River Irwell.

Carrying some of that weight and might now – over two centuries on – is Ramsbottom Table Tennis Club courtesy of Richard Lightowler (100% win rate), Michael Moir (92%), Andrew Jackson (90%) and broad-shouldered captain, Mark Ramsbottom (80%). An unprecedented number of Premier Division crowns have burdened the club like Liverpool in the 1980s and Manchester United in the 1990s. And that kind of pressure had to tell.

Looking at the Premier table seven matches in, Ramsbottom actually have one more point compared to this time last year (55 versus 54). Unfortunately for them, Flixton – their rivals for the last five, now six seasons – have come out of the traps like Ballyregan Bob. A massive 61 points out of a possible 63 have been accumulated so far by the newly settled trio of Philip Bowen (100%), Stephen Scowcroft (95%) and Phil Biggs (94%); Paul Cicchelli a bit-part player this season despite his obvious gifts.

To a Boltonian it is thus a choice between two rough neighbours taking your most treasured prize. Do we let Trafford-based Flixton or Bury-based Ramsbottom plunder the town once more? The bookies are firmly with Flixton following two barren years.

Cicchelli – very much a neutral given his commitments elsewhere – is respectful, however: ‘Ramsbottom on their day are a formidable force. Six points is nothing. If Rammy beat us 9-0 then they have a positive advantage on us. We will both drop points in upcoming matches, but I think the league will probably be settled by the results of our two matches, which is exactly how it should be…[Don’t forget] Rammy still have the best player in the league.’

That player is Lancashire legend, Michael Moir but the problem with Ramsbottom is that they have stood still while Flixton have strengthened with the summer signing of Scowcroft and been amazed by the improvement of southpaw Bowen (84% last season). Also, barring disaster, Flixton are apt to use a maximum of five players this time out whereas a loose squad of nine crossed their ‘Welcome’ mat in 2014/15.

If you look closely in amongst the thicket of words in the Bolton and District Table Tennis League handbook you will see, under Rule 21, the following: “Teams in the lowest division only consisting entirely of juniors may opt for home fixtures only.”

Such a rule, in part, is helpful. It means that younger players – those under 18 – without the means or legality to drive to away venues can choose to play in their locality. This has the effect of saving money, offsetting the worry of ‘getting to the game’ and generally being a pastoral arm around the juniors.

Up until recently this seemed fine – adequate and sensible even. But then a team of juniors – Harper Brass ‘D’ – had the audacity to get officially promoted from the bottom rung (Division Four) in April of this year. This prompted a flurry of emails between league secretary, Roy Caswell and Harper secretary, Kaushik Makwana with regard to the implications.

Verbatim extracts are here: “As you can appreciate the boys are only 14/15 years of age. We seniors should be encouraging youngsters to play and take up the sport…Surely the committee can come to an agreement to waive this rule. In time these boys are capable of climbing again to Division Two” – KM (6.8.15).

“This was nothing to do with the committee at all. It was a proposal in 2011 that came from clubs. The then Hilton ‘G’ made a proposal that the ‘home only’ rule should only apply to the bottom division. It was discussed and debated by all the clubs at the 2011 AGM. The result was unanimous. [I suggest you] get a parent on board to ferry them around. It’s only once a fortnight after all. Take it in turns. In my day juniors used to get the bus” – RC (7.8.15).

The Hilton’s own view on the matter, courtesy of Brian Young (8.9.15), remains: “Our objective is to allow our juniors to progress into other teams.”

What if – in the interests of camaraderie – some kids wish to stick together though? Maybe playing alongside old crocks isn’t so appealing. Who is to say that table tennis musketeers cannot progress without amalgamating with the seniors? One for all and all for one! More importantly, were any youngsters even present at the AGM four years ago to vote on their own fate?

Harper ‘D’s reward for promotion from Four to Three has arguably been the keys to an invisible car. They do get around (just) but away matches take them far afield to Horwich, Heaton, Lostock, Bolton, Little Hulton and Walkden.

Looking at the top of Four currently (Hilton ‘J’ well placed), the junior debate may well be revived in 2016. Perhaps player power from the likes of Steven Gao (win percentage 73%), Jei Makino (73%), Ethan Barker (58%) and Joseph Heyes (67%) will turn the tables.

Not reported in the wider press over the summer was the transfer of John Henry Scowcroft from Heaton ‘B’ to ‘Heaton ‘C’. Although seen in many quarters as a final acknowledgement that his 79-year-old body could no longer handle the rigours of life in Division One, the real story was somewhat different.

The largest clubs – Hilton, Heaton and Harper Brass – during the close season rejigged their teams and went from a combined 22 league teams (out of 60) to a lower figure of 20 (out of 59). Now representing 33.9% of the entire league these behemoths have had to cope with an economic downturn, injuries and in the case of Harper, a small mutiny.

Three key figures emerge from this – club functionaries in charge of combing through the squads and holding at least one annual meeting. Brian Young of Hilton, Paul Mort of Heaton and Kaushik Makwana of Harper Brass are effectively the dons of the Bolton table tennis scene. It is ‘Morty’ though who is central to this story.

When Johnny Scowcroft did not get the usual call before the start of the 2015/16 season, he began to wonder where his white and blue Stiga trainers would be squeaking come September. A familiar face on the circuit, Scowcroft – his barrel frame always decked out in green, Mizuno polo shirt and blue ‘velvet’ shorts – is not one to opt for muesli and rocking chair. His stats indicate a 4-5% decline each season, yet he is ever capable.

Behind the scenes Morty was talking to Division Three promoted captain, Mark Greenhalgh and it was this together with a hip injury to relegated Division One fellow, Bill Fairhurst that led to the cull of one team. A natural joining of players in Two was considered (to the detriment of sacrificial lamb, Greenhalgh) the best, but controversial way forward.

“Morty and myself had the conversation in late August. I knew Scowcroft was what we needed,” Greenhalgh generously conceded.

The consensus is: You cannot train someone up to be Johnny Scowcroft. He is unique and probably fell from the sky in a pod. 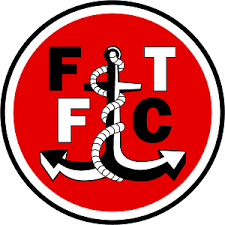 Everything points to the 6th May when Fleetwood Town released a staggering 14 players. It may not feel like it given the less than stellar performances of some on the list or the inconsequentialness of others, but a mood, a group of players was broken up. END_OF_DOCUMENT_TOKEN_TO_BE_REPLACED

The passing of the Major League Baseball star, Yogi Berra (aged 90) late last month is a reminder that daftness will always have a place at the heart of sport. The feared clutch hitter famed for his Yogi-isms was said to have a homely face and a talent “routinely underestimated”. Some of his quotes are like gold dust: “If you see a fork in the road, take it”; “Half this game is 90% mental”; “It’s so crowded, nobody goes there any more”; and surely the best of the lot, “You wouldn’t have won if we’d beaten you”.

The final quote is a ridiculous, yet hilarious taunt to the opposition at the end of a match – any match, be it football, table tennis, cricket or that American stuff. Berra, the son of Italian immigrants, liked to speak his mind even if mocked and derided. And in this ludicrous age of squareness and grim pontificating, he is a fine example of not being bound by the narrative of the day.

Ten World Series rings with the Yankees is testament to his greatness, but more than this he was one of America’s best-loved stars; “small and squat” but he made people smile.

Looking through the early tables of the Bolton League is in some quarters eerily familiar: Flixton ‘A’ and Ramsbottom ‘A’ battling it out for the Premier crown; Heaton ‘D’ (they’ve had a few letters along the way) tucked in nicely near the top of Division Three; Meadow Hill ‘A’ and their annual see-saw between Three and Four (often assisted by a benevolent committee).

Behind these team names and others are Yogis of our own, however:  Roy Caswell – rarely seen not wearing beige pants; Roger Bertrand – the man with the plastic bags (one for his bananas, one for his bottle of cordial that resembles cleaning fluid and two more for good luck); Alan Lansdale, known for his acerbic yet sardonic lines (“You can’t use them serves against an old man”); Ray Isherwood, zipping through the divisions faster than anyone (an ode to his skills on the side of his carpet van, “For Quality, at Affordable Prices”); Paul Brandwood, perhaps loosely attributed with “He’s only got a backhand and that’s poor”.

This is shaping up to be an interesting season both on and off the tables. May the wry words of Boltonians and those coddled and adopted in this north-west heartland long continue.