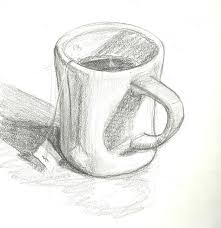 Never a big crowd, but then the people of Bolton remain largely unaware of this April feast. One half expects the players to size up the place in their suits beforehand, check out the ‘turf’ and see if their honed abilities are suited to the generous surroundings. Such is the peculiar nature of this special night though, that the first of the players arrive just ten minutes before the prescribed 7.30pm start; their faces apprehensive, curious – a slight ‘getting off the coach’ gloss to them.

Representing Ladybridge ‘C’, the Division Two minnows, are Captain Brian Greenhalgh, John Birchall, and John Cole. The latter is the rangy looper, Birchall the stocky southpaw and Greenhalgh the low-chopping sage – tash stolen from a broomstick. The hefty handicap of 240.5 will help tonight, but this is rare territory – a battle with the might of the Premier Division, a syncopated reshuffling of their talent.

Little Lever ‘A’, used to the rigours of significant evenings, stroll in with the penetrating stare of mountain wolves. The different stance of these players is immediately evident. They are canny. Their thumbs and fingers encase the bat like axemen. Ron Durose (c), Graham Jeffries and Philip Riley – each of them like to win. Each of them, with plaster cast from a make-up artist, could comfortably symbolise the dark to Frodo Baggins’ light.

Match one is Birchall versus Jeffries – the teams’ top seeds but Jeffries playing as no.2; the dark arts already at work, sewing a perplexing seed, wishing to start strong. Birchall, Adidas joggers, Umbro top, eyes deep in their sockets, warmed up before this with his compact style and surety. Not one to get flustered, the 51% man displays a grace and positional sense seldom seen in Bolton’s middle division. 5-11,3-11,7-11,5-11; a respectable twenty points for Ladybridge. ‘Simple balls you’re missing,’ Jeffries cries in the 4th, but Birchall can slug it out with most.

Always a pleasure to see the next performers: Cole, the flick-wrist feeder and Riley, a white Desmond Douglas, a leaper, a piece of fresh salmon in Asics trainers, grey socks and grey shorts. If there is a face that has lived with the elements, felt the harsh expressions of the world, then it is Riley’s; aquiline nose, lean constitution, a man teetering on the abyss yet paradoxically able to offer so much. Watching him, you inhabit his awareness: the rustling of a bush, a stray shot, the snap of a twig wide of the table. 2-11,5-11,2-11,4-11; Cole – not enough arm and shoulder – is unable to live with the intensity.

Greenhalgh, keen to regain momentum and revitalise his troops, steps forth. ‘Oh dear, oh dear, oh dear,’ he had mumbled before Cole’s match almost sensing an early avalanche. Now, a flutter of fingers on his modestly-rotating bat prompts a de-stressing of sorts. Opposite is his counterpart – Durose in barely-legal lime shirt; there to distract, there to harness the traffic. 2-11,5-11. And then a waft of uncompromising sweat from the George Yates final next door. Like smelling salts to Greenhalgh – the man awakening from his slumber: 6-11,5-11.

Pretty much back to level pegging. And time for the Cole/Jeffries show. A show it indeed is! Down 4-10 in the 1st, Cole’s shot clips the end of the table. ‘Oooohhh!!’ he bellows – not in an apologetic manner, but with a full-throttle warble. Jeffries sees out the game, but then at 1-7 in the 2nd Cole cranks up his banshee call once more: ‘Yeooohhh.’ It is a low-key attempt at camouflaged glee and Jeffries finds it hard to stomach: ‘I don’t mind the edge, but I don’t approve of that. Don’t laugh at me.’ The tense moment, the first note of seriousness in what has been a congenial evening thus far, seems to affect the lower division player. Cole, the tall, polite man complete with rimmed glasses absorbs a good portion of Jeffries’ acerbic words and appears shaken slightly.

Any sport will nail you the higher you go. By virtue of the larger stakes, people react, conduct themselves differently – at times forget this is a lovable pursuit. Chatting to Cole before tonight’s heavy stuff commenced, I asked how Ladybridge ‘C’ were formed, how their tight squad came together. ‘We met up on Sundays. Still do. It was Birchall Snr I was first introduced to.’ Brian Clough and not the Ladybridge commandant, Brian Greenhalgh once spoke of “disenchantment” bringing together his famous Forest players. “They didn’t like what they were doing. They wondered what they were being paid for.” With the Division Two outfit, I sense something similar. They seem bound like atoms, ready to utilise the Sabbath as a springboard to meaningful ventures.

This match falls away 4-11,2-11,2-11; Jeffries’ slick effervescence proves too much. His balanced aggression gives you an understanding of why he is a 73% man from the Prem.

Birchall (Jnr) – by no means a young man – is at the table now. The unusual aspect of this lefty’s game is the two fingers you see behind the blade. The theory books will tell you to only use the forefinger for support. There are occasions when players alternate – one for backhand, two for forehand (drives and the like) – but such a grip is rare. Given Birchall’s confident game and general flair this is all the more impressive. Against Durose – the grey-haired ‘Greek senator’ – and through the cacophony and vociferousness of Gillian Marsden’s scoring next door Birchall hauls in a staggering twenty-nine points: 5-11,6-11,11-9,7-11.

Ladybridge are driving now – bolstered by Birchall folding back the soft top. They have firmly taken the wheel. Greenhalgh fortunately takes one very respectable game from Riley amidst the hard rain: 1-11,3-11,11-8,2-11. If you look closely at Riley’s demeanour, his very skin, you will see a prominent crease across his left knee. It reminds one of a Native American Indian message engraved on a tree and is maybe a warning not to step past a certain point. Greenhalgh, too old to care – used to smothering the demons before him – displays what was formerly just a rumour in the 2nd: a wild, attacking streak seemingly permeating the bones of this pusher, this renowned, methodical player. John Rothwell was right – the great variation has begun!

The let of all lets occurs during the middle of the 1st game between Cole and Durose – the former firing a shot into the neighbouring court and the ominous naysayers worrying over Cole’s ability to self-destruct (read: Div2 nemesis, David Cain) and his meagre total throughout the evening so far. Durose is not a man you meet for easy pickings. The ever-present 58% player from the top flight has turned over the might of Flixton’s Bowen and Biggs this season (his novella November). Observing his top-spin is like watching a specially-manufactured machine with a hint of karate poise within it. But that old thing ‘styles’ and the big bird before him will not fly away: 5-11,9-11. ‘That’s good play,’ Durose acknowledges – words from the Prem worth more than compliments from Division 2.

Cole is noticeably maturing during this match. Many would view his flicked loops as soft, desirous of a smashed return, but they do have a finishing kick, a touch of the mule about them. And most flattering of all, Cole knows where the table is. An easy thing to say, but his compass is clearly a top-of-the-range model: 4-11,7-11. An attempted Durose attack in the 4th results in him hitting Brett Haslam’s drinks can outside the arena. ‘What is…’ he mumbles moments after, unable to finish the sentence – the silence a private acceptance that giving up twenty-five points has probably cost Little Lever dear.

We are nearly there. The Cornilleau 650 table has taken a pounding. Greenhalgh can afford to ease off a little against the stray elf that is Jeffries (red nose, red top, red England ‘10’ shorts). 3-11,5-11,4-11. Two big ‘not quite gonna get to the ball’ stamps from Greenhalgh courtesy of his white Joola trainers in the final game (1-11) dampen the Ladybridge total, but then Birchall – the hero of the night – is limbering up, ready to go against Riley. Ron Durose is umpiring – his change of T-shirt from lime green to grey a concession in itself that their dream is over, for no one celebrates without a good fill of sweat, no one sits pretty in resplendent gear and politely accepts the Warburton Cup.

240.5 is a punishing handicap to make up. It is four treble-twenties, an almost impossible bounty by the roadside. For the top players, errors have to be kept to a minimum, plus they must adjust slightly to the unpredictable raggedness of lower-league cohorts.

One thought on “Warburton Cup Final 2015”