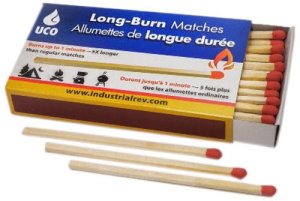 ‘Truth is going out of fashion,’ Nomad’s Tim Vaughan tells me. I had phoned him to ask if he had any ideas as to why his table tennis matches last longer than anyone else’s, why he has an extraordinary amount of five-setters under his belt and before I knew it he was talking about pianos, community painting and self-education.

I don’t mind a bit of discursiveness, a few Woody Allen non sequiturs, but sometimes I need the facts fast – quotes to shape a story, relevant background information and insights.

This was meant to be a simple pick up – a collection of words from a player which I could massage into a short article. Match Secretary, Brett Haslam had warned me beforehand, however: ‘I think if your two brains come together there’ll be some sort of Hadron event.’

Vaughan was going to be difficult – like talking to a Mastermind contestant or a Frenchman. Nothing was for free. Being on the phone for less than 20 minutes was incomprehensible to him; five minutes a mere pulling out of the station, 10 minutes a slow unscrewing of the flask top. Hang on tight for the journey!

Vaughan is a rarity among table tennis players. He is a multi-layered man – one of only two I have met that like to sit around the camp fire and mull over life. The record for wordy responses is currently 2,400 held by Flixton’s Paul Cicchelli following an interview with him. After much to-ing and fro-ing, Vaughan claimed to be sat on a stash of 5,000 words prompted by twenty questions I had put to him. He had apparently doubled the ante.

Why did I want answers and riffs from this Ashton resident (Liverpool born in 1963)? Why did I seek critical facts underpinning his game?  Because his stats were staggering. Normally a player is lucky to reach 25 per cent in terms of five-set matches participated in throughout the league season. This Division One player was off the scale at 42 per cent. A bounteous 24 of his 57 matches in 2014/15 were sweat-inducing marathon sessions.

It was uncanny – almost as if Vaughan wanted or needed plentiful ding-dongs, as if the whole thing was staged. But who in their right mind prolongs things?

Perhaps it is not within him to be merciless. But then fellow players applaud his technique: ‘He reads people’s games, plays close to the table with a good natural style, attacks very quickly on both flanks and takes spin easily.’

The 5000-word haul never arrived. Maybe it is Vaughan’s attempt to indemnify the truth. Maybe a larger piece on him will follow.

From Graham Alexander and the Tuesday night match versus Burnley, to Eggert Jonsson and Friday’s win versus Spanish side Getafe: