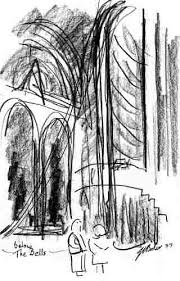 This is where the faces are. Wildfire Whittleworth. Cunning Kelsall. Utilitarian Unsworth. Jalopy Jones Snr. Brutish Beales. Jackdaw Jones Jnr. It is how you initially define a player. Through their expression. Their hunger. The way they warm up. Some require merriment lest the pressure demons attack them before picking up the bat. Others need the blinkered focus of a shire horse.

That the Division 3 season should end with a top six extravaganza is quite remarkable (BRASS cruelly putting the late charge of Farnworth SC ‘B’ to the sword yesterday – ruling them out mathematically with a 7-2 heist). Consider the chasing pack’s places before tonight:

Should Walkden edge to victory (5-4), I suspect their 122 total will be just enough. Should Heaton ‘F’ be in the mood for blood (7-2) then their E-brothers will need to spoil the party for Hilton ‘K’ by nicking a win. And Heaton ‘E’ themselves? They need a few cases of corruption to fling their able carcass into the key runners-up spot, the silver chariot, which all are fighting for during these merciful hours.

I arrive at 8pm, guiltily pull up a chair as inconspicuously as one can given that the attendance has just increased by 25% and cast my eyes over the proceeding match. It is Kelsall Vs Jones Jnr – cruiserweights in this division given their mid-60s win percentages; Kelsall, the deceptively languid giant; Jones Jnr – his serve a form of contraband smuggled into the hall. Except this doesn’t feel like a hall, but rather a colosseum. Weapons chosen, they have ambled to the table like mean-fisted characters ready to slay. 14-12, 11-6, 5-11, 9-11. One point separates them, yet the momentum is firmly with the Jackdaw.

Five-setters can break a man. There is a sense of entitlement on both sides – the ragged effort and staying power desperately craving a win for the team. Whoever loses is all of a sudden thrust into a dark, unforgiving forest, head in hands, demoralized, sweat dripping off him like a Middle Eastern oil worker.

I look at them both. Kelsall – respectful but annoyed at losing the 4th. Jones Jnr – his eyes brighter, suddenly full of belief. Interest is garnered when a match goes to five. Beautiful, intriguing and sympathetic when watching. Torrid and unspeakable when at their core. It is psychological now. ARE YOU BETTER THAN THIS MAN BEFORE YOU? Any niggling doubts then you may as well concede, shake hands – avoid the deeper pain of last ditch combat.

The Jackdaw is too rich in concentration. Full of flex and arching shots. He doesn’t like to hang around, prevaricate or procrastinate but instead keep his opponent tortured by the white noise of his attack. FORCE HIM BACK! LET HIM SEE YOUR SINISTER FRAME!

8-11. It is his. Jones Jnr has Heaton ‘F’s first point of the night. Something seems to have turned. 2-1 to Walkden, a third of the night gone, yet…behold the cavalry: Beales does a job on Unsworth; Jones Jnr sees off Whittleworth (just); Jones Snr understands that Kelsall doesn’t like to play low; Jones Jnr (oh, the audacity and flamboyance) leaves Unsworth wincing with his third 5-setter of the night. A Jackdaw. A mercurial thief indeed.

2-5. Has Walkden’s dream of promotion died? Has it been tied to a railtrack and thundered over by a bitter and dangerous rival, long-shots themselves yet willing wreckers true to their game, keen to paint an authentic final table?

A small window of light: Kelsall eases past Beales. The finale (clash of the no.1 seeds): Whittleworth scoops the last set 11-9 Vs Jones Snr. With it comes hope, the blanketing of resignation. 4-5. Hardly a fitting end, but what of the score across the way? Has Hilton ‘K’ (K for blossoming kids) secured the necessary 6 pts for 2nd?

COMMUNICATE! COMMUNICATE, DAMN IT! Ask your brothers, Heaton ‘E’ if they’ve done enough or been part of the collusion, the final night conspiracy to strip us of promotion. A text between Jones Snr and Bevitt. The numbers make their way back. 6-3 to Hilton ‘K’. The injured Wilson Parker has apparently pulled off a coup of phantasmagorical proportions. He has returned only to treble – his colleagues, Healey and Fishwick adding a further three. Gloom descends. Whittleworth seems the most affected. Down and out not on points but matches won. A truly tragic and doleful ending…

* This piece was not published as despite its factual elements re: scores and actual players, the scenes were imagined