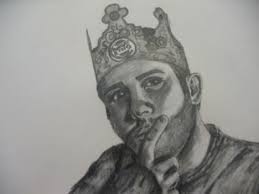 They stroke the tables at this level – make sure there are no damp spots or rogue bits of dust. I am sat next to the 1980 European Champion, John Hilton now representing Flixton. He is knowledgeable – the Lovejoy of table tennis, his voice a little gruff.

The table is a grand piano to him – its surface, spruce rather than Masonite. This ‘twiddler’ of the bat and table tennis giant is in good spirits tonight. A range of subjects smatter the air – tax, Chinese players, old foe Ramsbottom’s venue.

We begin. I remind Hilton’s Mark Gibson that he’ll be facing three undefeated players in Flixton’s Paul Cicchelli, Louis Rosenthal and John Hilton. “No pressure then,” comes the gallant retort.

The first match goes with form: Cicchelli too refined, too canny when pitted against the raw power of Gibson (11-7, 11-7, 12-10). Cicchelli arches his body like a yoga teacher – his wolfman arms twisting and bending, his Killerspin paddle case an early-warning system, a ‘DEFCON 3’ to the opposition.

Jordan Brookes is next – Hilton’s laid back, yet sinewy 15-year-old. Headphones on, music between matches, you sense that he’s drifted off at times – is walking a beach in his Hollister joggers. 17-15: a tough, impressive start by Brookes – two set points down versus the hair-lacquered Action Man, Rosenthal but living with his speed.

Rosenthal, 29, Puma top, Butterfly trainers is the perfect embodiment of counterdrives. You think a ball has got past him, but no – the super-fit Flixton man swings an arm from nowhere and mops up the points. 11-6. 11-7. 11-2. The comeback is not unexpected, but still, it resounds with SAS-like flair.

Gibson again. Graham Coupe, Hilton’s third man has yet to arrive and so it’s up to the Hilton bomber to try to dismantle the game of Flixton spinner, John. Only one black rubber for JH tonight – his preferred two long since outlawed.

The Rosenthal aftershave just about lingers through the grind and perspiration.