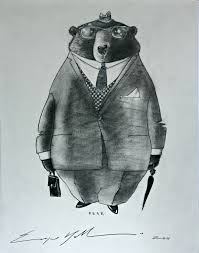 I first met Malcolm Ngouala, the man from Congo-Brazzaville on 22nd September 2011. He ambled across the car park which was flush diagonal with the back of McDonald’s and offered his hand as if he had known me for twenty years.

Such was the welcome and ‘Vitalite’ smile that I looked around momentarily wondering if they were aimed at me. “Jeeefff.” He had the warm, African drawl of a man who had seen much yet had somehow managed to retain his dignity.

We drove to the Lads’ Club around the corner – half the team in my car, the other half in his. It was to be my first taste of league table tennis, amongst the cacophonous din of an Under 21s home venue.

It was after that reverse that I had phoned BRASS’s secretary, Malcolm and enquired about the possibility of playing. He duly invited me along and before I knew it I was umpiring matches and soaking in the exhilarating air on my inaugural evening.

After that initial outing to the Lads’ Club it transpired that Hank had teaching commitments in the form of evening classes and so my opportunity came earlier than I imagined. It wasn’t so much the thrill of getting wins on the board which was satisfying but the conversations I had with Chone and Abdiwali.

Chone, it turned out, had similar passions in life: chess and Leeds United. We talked about the great Ghanaian Tony Yeboah and George Graham’s parochial ditching of him for the ‘minor’ offence of throwing his shirt in Graham’s direction after being substituted.

With Abdi, it was more political: Haiti and what a great country it had once been, and the intellectual riffs of the hugely erudite, Noam Chomsky.

Beyond all of this though, it was clear that the relatively quiet man, Malcolm Ngouala from the former French coastal colony, Congo had the most interesting story to tell. Born in the Republic – its capital, Brazzaville uniquely to the north of the Congo River, while neighbouring DR Congo’s capital, Kinshasa lies to the south – Ngouala is the product of a simple, yet war-torn upbringing.

Ranked 142 out of 187 countries in the 2013 Human Development Index (DR Congo is 186th), Congo was ravaged by a civil war between June 1997 and December 1999 and this wrecked any sense of having a normal future there.

After a four year journey that puts into sharp perspective modern Western concerns over which wallpaper to choose or which blouse to wear, Malcolm finally reached the UK. Now a Bachelor of the Arts and a Postgraduate Certificate holder, he has one special sporting memory:

“Ali versus Foreman – Kinshasa, 1974…I remember I saw this fabulous fight. Ali Bomaye! That’s how we shouted during the fight [watching it] on black and white TV. It was a massive event. My uncles travelled to Kinshasa to watch it. They took a ferry two days before. It’s about ten minutes’ journey across the Congo River. They stayed at their friends’ house and made their way to the stadium hours before it started. Kinshasa is a very big city, so it took about three hours to reach. There were thousands of people outside the stadium. They couldn’t get inside.”