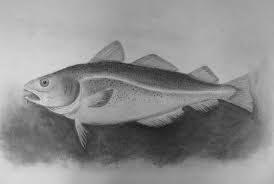 Games flicker into life, gas you like an old-fashioned dentist or run on a mediocre generator – their energy and liveliness sufficient yet far from tantalizing.

This third tier feast was always going to disturb the purists, ruffle the expectations of 7-Eleven fantasists and mess with the nerves of those simply grateful for such a mountainous view.

Fleetwood Town, the miracle club, anchored unofficially by the barrel-chested wonder, Antoni Sarcevic was a collection of players on the hour mark somehow already comfortable in its new pond, sophisticated like a wine-quaffing surgeon.

Two-nil up, Jamie Proctor’s influence as subtle as it was devastating, the Cod Army seemed set to dish out a masterclass in composure and interplay: the roving expertise of Josh Morris in particular seismic and surfboard-like.

Play at this level is at times confusing. There appears to be more space than in League Two – less hustle and bustle. The need for a strict 4-4-2 is dampened by the interchangeability of a ‘total football’ personnel.

Graham Alexander’s troops were today certainly re-shaped into an unusual unit: Conor McLaughlin at left back; Sarcevic wide right; Gareth Evans playing in the middle. But underpinning this was Alexander’s faith in his fullback and the need to stiffen midfield when employing two strikers.

But then came the ramped-up sound from the top of the kop, the Memorial Stand – a back-of-the-throat warbling of ‘O’s: “O…o…o…o…o…oooo…o…o”; meaningless to some, dramatic to others – a carrier of dreams and higher stations.

It cued, prompted, bugled the charge. Sarcevic, his swerving run plagiarized from ballroom floors, crossing from the right (22) for David Ball. Bally sneaking the round piece of leather just left of the post.

Again, Sarcevic though (25) – Crewe’s keeper, Scott Shearer running out like a rampaging mad man. Sarcevic – a tiny dink slightly wide, knowing which shot to employ, moving the ball in the manner of an artiste.

A brief flurry then from the team disciplined in the right kind of football – the ball rarely rocketing up from the Highbury turf: Vadaine Oliver, Crewe’s no.9, firing in from the right (26) of the box only for trusted Chris Maxwell to swallow the ball up in a committed yet clutching and manageable dive to his left post.

Two minutes later the Cod Army crossbar rattled – Ollie Turton’s strike never dipping enough but threatening all the same; a sign of intent in the barren game thus far. Seconds later, Maxwell called on again. Another down to his left – the St Asaph man merely there to watch it go wide, however.

An open game – there to be wrestled under control, bewitched by skilful elements. And what better man than Ball – his haircut replicated in the stands like a Russian doll. A teasing cross, loan signing and new no.9 Stephen Dobbie the receiver (36). A collision though – such weighted brilliance not heralded in the way the packed stands would have liked.

A swing yet again soon after – the to-ing and fro-ing of power back with Crewe: Liam Hogan skinned (42) by Bradden Inman but all to no avail. Ominous – a sign of failings / penalties to come. But after a whack to Hogan’s jaw (44), the coup, the transformation, Fleetwood’s new life fresh from the test tube.

Dobbie off. Proctor on. A brief scare courtesy of the stanchion caressed (47) by Billy Waters, but the riposte – so swift, so precise, from nowhere. A shuffle of the feet…Proctor’s big man poise, Cantona-esque, Dzeko-esque, and Ball is in – goal! Eloquence in the six-yard box (48).

Proctor – hanging around on the left, expending little energy, clever, a quiet ebullience to him, prodigious. Suddenly – bang! The top right corner of the net bulging. Faces amongst the track-suited ranks of Fleetwood’s youth spellbound, pleasantly traumatized.

Where did that come from? A stern rotation of the right leg, a gift from the gods? Questions reverberate. Is this the new Varney? Is the returning Lancashire man set to rip this division apart?

Too many unknowns. Qualities emanate from him like a fine fish dressed up on a plate. He is an individualist. He is impatient. He is mercurial. Can he walk past a centre half though? Can he spark a wily script most weeks?

Sarcevic, the Italian and Serbian conqueror, can have a word in his ear: Have enough bruisers around you. Understand where the walls on the pitch are positioned. Tirelessly strive to invent, nutmeg and humiliate the opposition (77 & 88). But mostly, don’t moan – just believe. Keep at them. Keep going, rolling the ball – finding the red and white shirts.