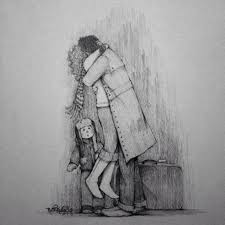 Winston Churchill once referred to Clement Attlee as “A sheep in sheep’s clothing.” As I grow weary, old, fast approaching 45, more and more sheep seem to cross my path – mostly in the world of banking but in other areas too.

We all have small dreams. Mine from the age of 23 – sat in a New York hotel room listening to the blaring taxis down below – was to write a novel. A work about ‘the street’; society if you will. Despite my best efforts – five of them in fact – I ultimately failed.

And so began the drift – into table tennis reports after a ‘knock’ with friends. Into radio plays, children’s story poems, interviews with who I deemed to be the more interesting colleagues or pariahs at my place of work and short stories. Anything and everything: a lovely excuse to write and feel good, worthy even.

I recall approaching The Bolton News’s Neil Bonnar on 1st April 2013. I padded the email proposal with talk of New Journalism which unofficially began in 1962: Tom Wolfe picking up a copy of Esquire and reading a piece on Joe Louis, written by Gay Talese.

The article was mesmerising, intimate – a form of literary or ‘short story’ journalism. It was a turning point indeed, but such art was to be hounded out of fashion by 1981; fashion – that villainous word.

A few notable voices still held the torch aloft – the irreverent and mighty, Hugh McIlvanney on this side of the Atlantic for one; his prose allowing you to swim across the ably-depicted sporting scenes as if you were God. When you read McIlvanney’s work, you are forced to stop, gasp, relay the word combinations over and over in your head such is their allure.

My comparatively feeble samples – nine of them written between 2007 and 2008 – were included in the email to Bonnar in an attempt to ‘firm up’ negotiations and show him my wares, my ‘Del Boy’ goods. I had a habit of getting home after matches, taking a shower and then staying up ‘til about midnight dissecting what had unfolded.

I invented boyish nicknames for my friends, my opponents: Bazooka, Hustler, Alamo, Raider, The Destroyer, The Reverend; simple alliteration usually behind the grand title as if I imagined us walking out to lights and music.

Bonnar phoned me up one evening not too long after. The deal was cut. I was to follow in the footsteps of fine predecessors, Alan Calvert and Ian Wheeldon.

“Just try to be less flamboyant,” he advised me, referring to the work I had sent in (www.thesportswriter1.com).

I understood this. I didn’t entirely rail against it. Papers have codes to follow. Crossing the line into the semi-fantastical was unnecessary – it risked reputational damage.

Now, after writing a total of sixty-seven pieces for the paper – quite an apt number – I feel it is time to step down. The joy in sitting alongside players from the Premier Division through to Division Four has been a true privilege. Letting me into their modest venues has been kind and not always trumpeted in the manner it should have been.

New projects await me including the better nurturing of my family. I hope there is someone to pass the baton to in this rich, sporting garden.