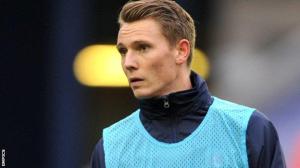 Fleetwood sought forgiveness from their wailing fans this evening – a sixth effort at pre-season victory in danger (on paper) of becoming the sad march of a funeral cortege.

Their recent outing against Burnley was unsatisfactory. Whether experimental, whether an exercise in continued fitness, it undoubtedly stuttered, chugged and offered little by way of optimistic insight.

Out on the pitch though Friday night (against Getafe) walked Eggert Jónsson, the 6’ 2” iceman born in Reykjavik – a midfielder by trade, now ‘slowing down’ as he approaches his 27th birthday by pairing up with Stephen Jordan at centre half.

Calmness, presence, a strong reading of the game and fight are characteristics that do not get bandied around in defensive gene pools too often. Such qualities collectively are rare. Every so often you will see a Rio Ferdinand, a Jonathan Woodgate, a Des Walker and smile. Protection: a self-contained mafia unit almost. Without it, teams are vulnerable, given to squandering leads and pansying around.

Jónsson is no stranger to a tear-up, a bit of dynamite, the capsizing of seemingly impenetrable teams. Seven years in Scotland with Heart of Midlothian (2005-12) has hardened him. He arrived there days after the appointment of ‘miracle man’ George Burley who looked set to break up the Glasgow ‘Old Firm’ stranglehold in Scotland before owner Vladimir Romanov’s maniacal decision to sack him.

Although Jónsson made his league debut at Tynecastle in February 2007 – a year and a half after walking through the door – he was still a pup, still young (just 18) and slowly being considered as a utility man or Mr Versatile; a defensive prop somewhere on the pitch.

‘He impressed our scouts up there,’ Jónsson’s first English club manager, Mick McCarthy said (in December 2011) somewhat ominously two months before he himself was axed.

This is the thing with Eggert – you hire him and swathes of managers get sacked (or relieved of their head coach duties). Eleven while at Hearts (albeit under the turbulent reign of Romanov). Four while under contract at Wolves. Even two while playing for Portuguese side Belenenses between the summer of 2013 and 2014. The iceman, it appears, haemorrhages managers and yet most speak highly of him.

He has had – as is a footballer’s lot – a not-too-straightforward career. Starting out at the unpronounceable Knattspyrnufélag Fjarðabyggðar on the east coast of Iceland as a 15-year-old boy, Jónsson now finds himself – after much shilly-shallying and ineptness from clubs – on the west coast of England in the lightly populated town of Fleetwood. The intervening 11 ½ years have hopefully served him well – taught him how to be resolute.

Do not be kidded by the baby face or the soft parting of hair or the Scandinavian dourness which it is difficult for those of English origin to equate with spirit. Jónsson, if his Highbury debut is anything to go by, is the real deal: graceful, tenacious and blessed with two great feet.

But what of the match against Getafe, against the side that finished 15th out of 20 teams in La Liga?

One got the sense that this is manager Graham Alexander’s preferred XI: Chris Maxwell; a defence (left to right) of Danny Andrew, Stephen (Stevie) Jordan, Eggert Jónsson and Conor McLaughlin; a midfield of Amari’i Bell, Bobby Grant, Jimmy Ryan and Antoni Sarcevic; and a strike force of Jamille Matt and Declan McManus. To think otherwise would be to undermine the season ahead, believe that you can casually play with the chess board with just eight days to go.

In terms of personnel there were only three changes from Tuesday night’s struggle with Burnley (Matt for Jamie Proctor, Grant for Lyle Della-Verde and Jónsson for Tyler Forbes). Somewhat crucially though, there was no messing around with the formation – just an old-fashioned, no nonsense 4-4-2.

Certain things stood out tonight in front of the 1300+ crowd: the combined belief of the team; Ryan’s legal bullying of the opposition; Sarcevic’s freedom to express himself now that Grant is in the mix; and the iceman Eggert’s composure. The team swarmed back into position when required. There was little profligacy with the ball. And Getafe were made to look average.

Getafe’s 2013 signing Pedro Leon came on as a substitute – but then he perhaps had to as he was on page 13 of the programme. The starting lineup, however – unless this old dog’s eyesight is failing – was 100% different; generally a mix of Getafe B players from Segunda B Group 2 (Spain’s third tier: Carbonell, Mbaka), fringe/squad/loan players (Lago, Moi Gomez) and new signings (Megyeri, Cala).

Despite this sense that the team jogging around Highbury was maybe not the team that went in 3-3 at half time at the Bernabéu, there were positives. The Spanish season might begin and end two weeks later than the English one (giving the English an advantage) and the intensity might have been lower than a gritty League One encounter, but healthy seeds were finally planted Friday night.

‘Pre-season isn’t about winning,’ Alexander claimed. But didn’t he enjoy, didn’t he revel in this tidy performance. ‘They are starting to gel,’ he admitted.

Concerns still stalk the camp: the lack of goals from open play (Sarcevic scoring the only goals against Getafe – both penalties); Danny Andrew rarely braving the shark-infested left flank (erstwhile full-backs Charlie Taylor, Stephen Crainey and Adam Chicksen setting the bar high); the superb prospect Nick Haughton not being utilised (best reposed on the left wing until he develops). But a bad Tuesday has become a good Friday, even if various top-flight Spanish personnel mysteriously went AWOL.

Fleetwood Town’s paella and Estrella Damm night was never going to compete with the pubs, penury and promenades in this magical corner of the Fylde – hence the low Friday crowd – yet something clicked while the paella was on the hob; the team finally ebullient and up for it.

The news at this sensitive time of the year can be disheartening (28/7: Gareth Evans signing for Portsmouth), welcoming (31/7: Eggert making his home debut) and remarkably uplifting (3/8: David Ball returning to the club). The mist and gloom hasn’t entirely disappeared but the spine of the team has thickened. It just remains for Graham Alexander to ensure that genius is at the edges.