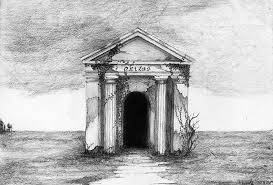 A perfect 60 teams in the Bolton Table Tennis League was never going to last. Scurryings down the road to Bury, retirements and the odd AWOL during a summer of madness were always going to unhinge things slightly. The consequent pain has fallen on Division Two in that following all the shuffling around the middle division has been left with only 11 teams; two scrubbed fixtures from the normal list or “open dates” as the committee like to say.

Table tennis widows will rejoice such an outcome – plan that extra line dancing class or add grim tasks to the infamous ‘jobs list’. But it is the peculiarity of having at least half a dozen teams in Division Three that could legitimately turn over their higher rivals that now piques. Rarely have so many teams been promoted from lower down the league – the traditional two per division swelled to four and five including fragmented sides.

The scars are evident and there will be some cup ‘shocks’ as a result. A point in case is the group of teams that finished fourth to seventh in 2014/15: Harper Brass B (112 points); Farnworth Social Circle C (110); Hilton J (108); Boyzone (107). A mere five points separated this cluster of teams, yet only Harper Brass B have been given a golden ticket to the Division Two funfair. Perhaps shamed into anonymity they have subsequently changed their name to Top Spinners. Are they the luckiest team in the world?

There is a reason for this and it comes straight from the General Secretary, Roy Caswell’s lips via a bit of paraphrasing: The committee felt that those teams which were so far away from the pack that it would have been absurd to keep them afloat in the same division were relegated. Given that Heaton were 61 points from the official safety line this seems credible.

As for the charmed and blessed a fleeting examination of Division Four’s final table shows Irlam Steel massively off the pace in third – a full 45 points – behind the kids and Poles of Harper Brass D and Polonia but waved through.

No solution is ideal in these circumstances but sufficed to say Bolton will unfortunately be a weaker league in 2015/16.