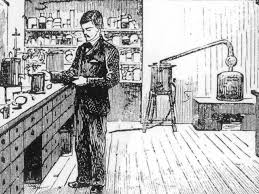 ‘What are your thoughts on table tennis teams fielding severely weakened sides on the last match of the season?’ I asked with no undue bias or specifics. The question was purposely texted to players outside the Premier Division with no obvious connections to the events that unfolded on Monday, 4th April.

What came back ranged from diplomacy and comicalness, to disillusionment and outrage.

Kirit Chauhan (Harper Brass): “Sometimes situations are beyond our control.”

Dave Jones Snr (Heaton): “I would object strongly to it unless they were playing us.”

Mark Greenhalgh (Heaton): “It’s against the spirit of sport. Sport is about giving your all against your opponents no matter what level you are at. It’s skulduggery!”

John Hutchinson (Farnworth SC): “My view is that the season should end the last week of March. Asking for trouble going in to April.”

Paul Tatlock (Little Lever): “Negative, rude, selfish, complacent, insulting. Most players would be mortified if they realised how their actions can be construed. Adopting a ‘couldn’t care less’ approach in the final week is a special kind of mystery because it runs counter to the ‘strain every sinew’ ethos of sport.”

Ray Isherwood (Harper Brass): “They can do as they wish. It’s their team.”

Dave Wyatt (Farnworth SC): “I have no problem with that at all UNLESS the outcome of the match has some sort of impact on relegation or promotion.”

Dave Mottershead (Bolton TTC): “Depends why. Could be tough on other teams with promotion or relegation interests.”

Roy Alty (Hilton): “We have four players and try the best we can to rotate. We want a good game of TT with a bit of a laugh and if we win…ace, if not bring on the next game. After all, it’s the Bolton League, not world domination.”

Mike Brierley (Harper Brass): “Don’t agree with it if it’s a match that can affect promotion or relegation. Nothing worse than being in the bottom two and playing somebody’s best team and finding out that the other team have had a match against somebody’s second string.”

Mel Brooks (Heaton): “This type of thing goes on at all times of the season and does seem to be on the increase. The league needs to manage better all the elements of team behaviour.”

The theme running through the responses seems to be one of ‘If it affects promotion and relegation then it’s not on. It’s injudicious. It’s wrong-headed.’ The astute words of Brooks further the argument into matches that take place “at all times of the season” – less conspicuous evenings, but equally as important when it comes to the final tallying of points.

So what exactly occurred here? The normally proud and indomitable side, Radcliffe would appear – on first inspection – to have ‘taken a dive’ against lesser opposition, leading to the unexpected relegation of Burning Desire.

How, then, can such might lose to perennial Premier strugglers, Ladybridge? And by a hefty 9-0?

There are a number of strands to this – some statistically evident, some based on opinion and some which plumb the depths of history. We should start with the hard statistics.

In 2013/14 – Jim Chadwick’s last full season – the Radcliffe captain ‘took care of’ recent Ladybridge opposition (Andrew Evans, Stephen Barber & David Bolton) like Giant Haystacks throwing a mischievous child out of a wrestling ring. The results were magnificently one-sided, delicious, suggestive of a heavyweight boxer in with a few featherweights:

There was the minor inconvenience of a dropped game to Bolton in September 2013 and one to Barber in January 2014 (like a child jumping on the back of an adult), but otherwise the results are quite striking when it comes to the litmus test of ‘Who do you fancy having on your team?’ Chadwick. Chadwick without a doubt.

Fast forward to the present and we see the core of the controversy:

Are Ladybridge the table tennis equivalent of footballing Leicester in 2015/16? No. Their inflated stats following Monday’s ‘giant-killing’ still stand at modest levels: Barber (38%), Bolton (30%), Evans (39%). Does this result sit right? Again – you would have to plump for a firm ‘No’. What about the other Radcliffe players on the night? Well, they didn’t show up. From a rich squad of five, four players (Hall, Cantor, Wilding & Dore) were either “injured [or] working ” according to their captain. So what happened? There was a ‘Forfeit’ (three easy points to Ladybridge) and a ‘Step-up player’ (the hiring of a player from a lower division).

That loanee was Derek Watmough – an able 70% man from Division One, but kind of like taking your aunty to an action movie. He is good, but alas not of the required Premier pedigree. His win percentage when last in the top flight (2014/15) was 17% and he lost five out of his six matches to Ladybridge that season. There’d no doubt be a big box of popcorn for those lucky enough to be in his company, but as for critiquing the movie, stronger candidates exist.

“With every agreed deal, there’s always a loser” so the maxim goes. Did something untoward go down either inside or outside the historic Racecourse (originally formed in 1885) before the night of 4th April? We cannot assert such a thing. But it is safe to say that the last time Radcliffe conceded three points before bats had even been picked up was against Wharton on 14th September 2015; their first home match of the season.

Present that evening were Chadwick and Dore. The latter, in the words of Burning Desire captain, Ben Armstrong “would play on one leg if asked to” such is his dedication to the sport. It is quite feasible that Dore – a driving instructor – was working, however, as is common in such a profession or in fact injured.

When initially asked for specifics regarding “all four absentees”, no elaboration was forthcoming from Radcliffe’s captain other than: “I cannot add any more about our players being unavailable. Can I add it’s only a game of local league table tennis. We have had certain players this season swearing at our players…It’s not nice to listen to. I think that’s a story – why the league does nothing to stop it!”

It would be easy to digress at this point – climb into a hornets’ nest of recriminations and list the faults of the league in their entirety – but such manoeuvring would not help unbundle the initial steer of this article: Fielding severely weakened sides – can it be excused?

We all have our ‘band of merry men’ – those we align with depending on their opinions and level of vehemence. In this instance, I am firmly behind John Barker, Mark Greenhalgh, Paul Tatlock and Mel Brooks. It is good not to shirk our responsibilities, hence speak out over perceived injustices. When players use the words “only local league” or “not world domination” I have to confess to finding that inherently irksome. No matter what the level, you have a duty to compete with a sense of fairness; “Strain every sinew”, as Tatlock demands.

I have met Jim Chadwick. It was in January 2014 during a Warburton Cup ‘last 16’ match (Radcliffe vs. lower division ‘upstarts’ Boyzone). “Jim is a pleasant chap, a perfect ambassador for this great sport,” I unashamedly wrote. He struck me as humorous, affable and warm-hearted. We even went for a beer in the famous Radcliffe clubhouse after the match; Jim making me feel welcome on my first visit and playing the role of perfect host.

If there is to be disclosure of any kind in the writing of this then it is that evening over two years ago. A much more significant date, however, is August 2014: the month that Jim Chadwick (Radcliffe captain) resigned or was dislodged – depending on your source – from his place of employment…a company run by Ben Armstrong (Burning Desire captain). Their relationship of 14 years – as both friends and work colleagues – perhaps became more fractious after that point.

It would be imprudent to suggest that Chadwick had the foresight or cunning credentials or mathematical genius to light a fuse 20 months ago which would ultimately detonate a small stick of dynamite on Monday, 4th April 2016 (Burning Desire & Ladybridge both finishing on 69pts but the former relegated due to fewer matches won) – thus sending his former boss to the gallows – but such a pattern of events does intrigue the mind.

The intricacies of the Chadwick / Armstrong relationship are not what this article is about and stray into sensitive, legal territory; facts more akin to Private Eye. From a table tennis perspective though, a complaint has been made to the Bolton & District Table Tennis League committee which will, in due course (following their 18th April meeting), be referred to the Lancashire Table Tennis Association.

What comes back – in an advisory capacity only, it should be noted – may set an enormous precedent in terms of “team behaviour”. This is a story that will rumble on and have backers in both corners, but one cannot help but conjure up the image of a Frenchman ripping the shirt off his ‘Mr. Burns’-type boss, whilst feeling perhaps indignant and undervalued.

It would be difficult to find a team across the entire league that is beyond reproach over the last five years. Incidents happen all the time – as is life – but do we excuse politics (if that is proven) fandango-ing with sport?

Examining things on the other side of the fence, we see the single, serendipitous beneficiary in relation to this episode – namely Ladybridge ‘A’. Their captain, Dave Bolton when asked what his vibes and thoughts were on the critical ‘9-0’ evening was understandably circumspect:

“You are probably aware that I am on the committee of the [Bolton] league and therefore don’t think it appropriate to air thoughts. As a player you turn up and can only play who is in front of you! Any potential side issues regarding other players is for others to discuss. Obviously this was the last game of the season, however if scores are to be scrutinised I feel you have to look at all the season’s games where similar events have happened which all have a bearing on the final table.”

Indeed. And something echoed by neutral, Brooks. But what of those four Radcliffe ‘alibis’ from Hall, Cantor, Wilding and Dore which I have been unable to glean? Is it a case of one alibi too many? Was there a party of some description in Radcliffe on the evening of Monday, 4th April which attracted them all much to the dissatisfaction of Burning Desire?

We will have to wait and see what the B&DTTL committee and the LTTA dig up.