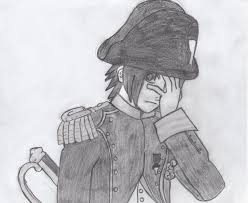 You either believe in your centre halves or indulge in the folly of Napoleon at Aspern-Essling.

Nathan Pond and Mark Roberts wear the Fleetwood shirt with consummate pride – of that there is no doubt. But it is increasingly evident that both need the protection of not just a water-carrying midfielder, but a man with a shield and quick heels.

This poses an instant problem: one’s midfield metamorphoses into an odd-shaped attacking unit heavily reliant on the full-backs.

The able Matty Blair, for much of the first half, was neither a right winger nor a central midfielder. York were thus thrust into threatening positions by dint of Fleetwood’s over reliance on Steven Schumacher in front of the back line.

A five-man defensive battalion you may think shores up any respectable team. I would suggest that it invites wave after wave of panic and consternation. Unless. Unless your full-backs are utilised.

In the first half Conor McLaughlin and Charlie Taylor were both strangely mute. Perhaps ordered to keep it tight? Perhaps solemn sacrifices in a long-term game of psychological mastery?

It was hard to watch: the talent and guile of Fleetwood’s finest wrapped up in peculiar military vests. Do you wear down the opposition with such unsporting fervour? Do you wish to surprise them with your Jekyll and Hyde bombardiers?

It resembled a dangerous form of pinball at times. And without Antoni Sarcevic’s usual supreme passing, there was little on which to feed the energetic duo of David Ball and Iain Hume bar pathetic, slender morsels.

Cue the second half. Still hard to bear at times, but more controlled; the full-backs occasionally rampaging forward in the manner of wing-backs – both capable knights in iron suits, their feet when crossing the ball like medieval flails. And how York knew that their huff and puff was now close to worthless when faced with such menace.

Matty Blair, the terrier, a perfect foil for the Serbian craftsmanship of Sarcevic, created a gilt-edged cross from the left which begged to be pummeled. No one there. Then came the turn of the barrel-chested wonder himself: Sarcevic woofing a left-footer at goal – saved impressively by York’s very own Pope.

Three Fleetwood substitutions were strewn across the final half hour of play: ‘Big’ Jon Parkin for Hume (63); Alan Goodall for Schumacher (74); Ryan Cresswell for Sarcevic (82). It was the latter that made me sit up after the disappointment of ‘going defensive’.

Three centre halves is never a great idea. History recalls Rio Ferdinand’s disastrous debut for Leeds United at Filbert Street alongside the experienced Jonathon Woodgate and Lucas Radebe. But with eight minutes of normal time remaining the don, Graham Alexander can be forgiven.

And what a full-blooded, all-action 6’4” warrior Cresswell appears to be. Strong. Sharp. Not lacking clout. A ready-made League One player if ever there was one.

The hatches remained battened down. The fans poured onto the pitch. But let us not forget the real hero before we troop off to Wembley: the Welshman from St Asaph – Chris Maxwell; his goalkeeping, at times, like plucking a harp in mid-air.

Finally, spare a thought for two of the York starting XI that were released following this match: 27-year-old striker, Calvin Andrew and 23-year-old midfielder, Adam Reed (not the best birthday present). Football can be a cruel game when you’re not winning.