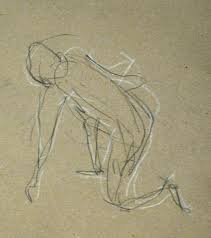 Something in his game reminds you of the divorced man getting married again. There is a kind of amnesia, a joyful, bright-eyed expectation. It is loaded up, stricken with naivety, however.

Scott Brown, Harper Brass’s Division Four no-hoper has the soft, bristled face of a baby gorilla and quite a decamped expression if things aren’t going right. His hands appear to be made out of putty. They are squidgy, nail-bitten affairs – part sausage factory, part heavy duty maulers.

The shots – mostly high-crested loopers – sail in on the other side of the table too gracefully at times, unarmed and full of conciliation. He would rather rally than send someone packing – or so it looks. For a big man, he exudes an extraordinarily high level of politeness in his play.

There is a hint of Neville Chamberlain – a willingness almost to share the points. Whether this ‘Sudetenland’ strategy is tactical, beneath the radar of mortal men, is not clear. Tennis players have been known to adopt similar ‘easing off the gas’ pacing. They have bought themselves valuable time in which to re-energise and really breathe.

The trouble is Brown is a struggler. During his Lads’ Club days in 2011/12 it took four whole months to win just four matches – a miserly 8% win record (4 out of 48); those early conquests – Nikul Ajwani, Kishan Patel, Connor Sutcliffe and Waqas Ali – inscribed in his mind to this day.

Hope comes in many forms though. Strugglers FC Moda, an Ottoman Empire football team founded in 1908 by Istanbul Greeks, finished runners-up in the 1909-1910 season. They were second only to Galatasaray. Sporting blood is in the Brown family – his granddad playing in goal for Lancashire Rebels FC in the 1980s.

Brown too has donned the green goalkeeping jersey whilst at secondary school. Was he good? “I was OK,” comes the unboastful mantra. Getting him to elaborate on anything is difficult. Not because he lacks the wherewithal, but because he is genuinely unassuming – one of the most straightforward and laid back people I have ever met.

He is improving. The Scott Brown performance chart without a labelled Y-axis looks half decent. To a private establishment bent on efficiency and big returns, however, his contract would not be renewed.

What of the future? “Been playing penhold since March [2014], but I’m getting little bits sorted then I’ll be pro at penhold lol.”

Such a table tennis grip is traditionally Chinese – difficult to master for most westerners who prefer the ‘shakehand’ style. The wrist moves more freely. The player no longer has a crossover point. Given the shorter reach, players tend to stay closer to the table needing faster footwork and good stamina.

I recall Brown playing quite deep which makes such a move rather odd. Perhaps it’s those flowers again. And another marriage.