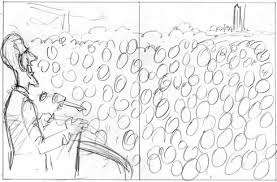 “When I was a boy of fourteen, my father was so ignorant I could hardly stand to have him around. But when I got to be twenty-one, I was astonished at how much he had learned in seven years.”

AGMs are generally less humorous than Mark Twain, full of froth, bequeathed ground to pensioners and those seeking a ‘day out’. They can be troublesome affairs as in the case of G4S at the Excel Centre recently, but in the main they are paper-waving, acquiescent spectacles void of excitement or lustre.

The Bolton Table Tennis League AGM on 9th June promised an array of proposals – most of them modest, a few contentious and one so overwhelming in its ambition that the league set up as we know it was in danger of being ruptured permanently.

Forty seats excluding the big three traversed this cavern at the Hilton Centre, Horwich. Early arrivals had the choice of green or orange plastic, and brown or orange leather. Strangely enough, most wanted a head-on view of the proceedings and so the leather furnishings running down the left wall were largely neglected until seconds before the booming croak of General Secretary, Roy Caswell got matters underway.

Either side of the top man were Match Secretary, Brett Haslam wearing a grey T-shirt and candid face, and Treasurer, Roger Bertrand staring out like Mole in The Wind in the Willows. If you wanted an explanation, a mini-ruck or tussle you went to Haslam who would willingly afford you his non-metered time.

It was an effort in securing the future of this splendid game. Many still perceive table tennis to be a game for relics with less cachet than athletics, martial arts or football. Kids, unfortunately, buy into grandness, stardom and money.

My ten-year-old son, Matthew tells it as it is: “None of my friends are into table tennis. They think it’s an old man’s game.” And yet the pride on his face when he umpired three summer league matches this month was, to me, worth more than England winning the World Cup.

Beneath the yawn fest of a typical AGM are things that matter. Despite the oxygen being different and the small rectangular windows being boarded up for fear of escapees, proposals come out of the woodwork which settle often year-long gripes.

You have to read this twice – perhaps more for it to sink in. To Derek Watmough it embodies the “nitty natty of league bosses”. To Geoff Rushton “suspensions [are] required”.

For many years now, Ramsbottom‘A’ and Flixton have remonstrated when not victorious (ineligible players, fixtures questionably shifted etc.). The “end of season ritual…had become annoying”. Fortunately, for the health of the league, the motion was withdrawn.