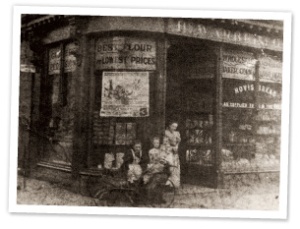 The Cellar, The Pool Room and The Shed – unofficial venue names of Heaton, Farnworth SC and Meadow – are what stand out in this season’s Warburton Cup quarter-final draw. More onerous places you will be hard-pressed to find.

Odds on lifting the highly sought-after prize are now:

This intriguing Division Two encounter effectively between top and bottom may seem like a foregone conclusion, but Harper Brass will come armed with a handicap and possibly a different crew compared to the one strangled 8-1 in the league in November. Heaton have two dominant players in David Hall (94%) and Duncan Kay (78%) – the latter with a dead bat “older than himself”. Confidence will ooze from them, especially the nonchalant Hall, however Harper, led by the able Dave Jones (56%), will have other ideas.

A possible giant killing draw pitting Division Four’s Farnworth SC against top tier, Premier opposition. Already fighting on one front in the league, a continued cup run for the Wyatt and Rogers families (not forgetting Neil Roberts) would cement a truly joyous season. Radcliffe, with a nasty habit of losing 5-4, have perennial maestros Robert Hall (67%) and Gabriel Wilding (52%) to call upon. Michael Dore (25%) is half the player he was last season, but there is a new force at The Racecourse: Zak Cantor (56%)…as fatalities Charles Musa, Andrew Michnowiec and Andrew Jackson will testify.

Battle of the Bens! (The former hoping to gatecrash the promotion party in Division Four with big-boozing Hilton I and Hilton H, and the latter used to a loftier existence in Division Two courtesy of smash-and-grab merchants, James Bollard (70%) and Stephen Jones (71%).) Home territory for both, The Shed is not quite the San Siro, yet many a memorable night has been had off Chorley New Road. Expect Meadow Ben C’s Steven Robertson (82%) – unbeaten since November – to be pivotal.

The most interesting tie of the round. Dave Mottershead’s Bolton University team only really got going a month into the season once stowaway Peter McCormick (70%) was discovered on their ship. Since then, with Nayem Alam (62%) in tow, they have been a worthy Division Three side. Standing in their way, however, is either the formidable Agata Sankiewicz or cup specialists Farnworth.